Albert Camus vs. Richard Taylor on The Meaning of Life 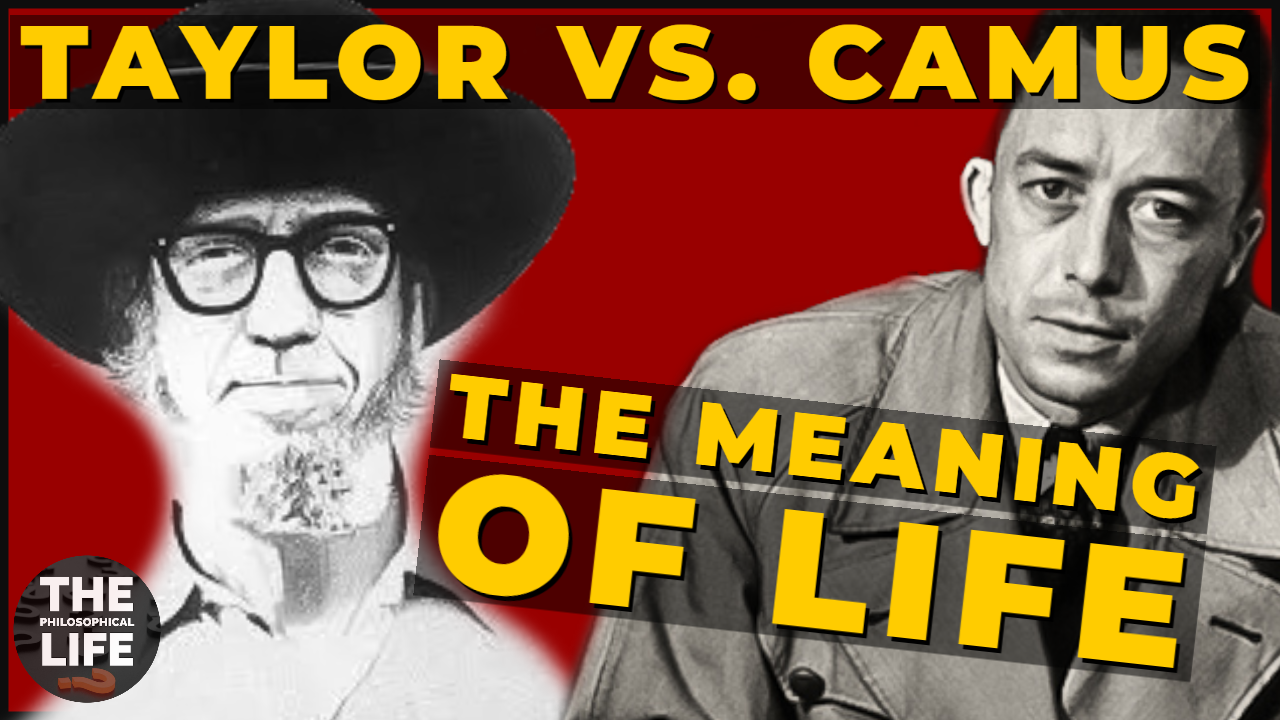 In this video (below), you'll discover how a debate between Albert Camus and Richard Taylor on the meaning of life might go. Camus embraces absurdism—the absurdity of life makes it meaningless. While Taylor embraces subjectivism—meaning in life is a matter of how things appear to you from a first-person perspective. If you find life satisfying because you're doing what you most desire to do, then your life is meaningful.

After getting these views on the table, Camus responds to Taylor. Taylor's tweak of the Sisyphus case doesn't make Sisyphus live a meaningful life. Instead, Sisyphus is not only condemned to an eternity of pointless toil, he's also unable to embrace the truth of his situation and actually take ownership of his fate. In Taylor's tweak of the case, the gods implant in Sisyphus a desire to roll stones. This makes Sisyphus subjectively-fulfilled, but it also makes him manipulated and deluded. Living a lie doesn't make life meaningful even if it makes life feel good from the inside.

Lastly, Taylor provides a reply to Camus. Sisyphus is not the absurd "hero." It's not heroic to take ownership of a fate of pointless toil. Instead, it is heroic and meaningful to do what most fulfills you in life. It's true that Sisyphus-fulfilled is living a lie. But, the meaning of life is not found in people and things outside the agent's perspective. Sisyphus-fulfilled shows this. Camus is missing the meaning of life right under his thumb—as soon as Sisyphus most desires to roll stones, meaning in life appears on the scene for him.

I'd love to hear your thoughts about this imagined dialogue. Do you think any of the replies work? What do you think overall? Is life meaningless because it's absurd? Is is a fulfilling life a meaningful life?