Thomas Nagel - You Should Act Morally as a Matter of Consistency 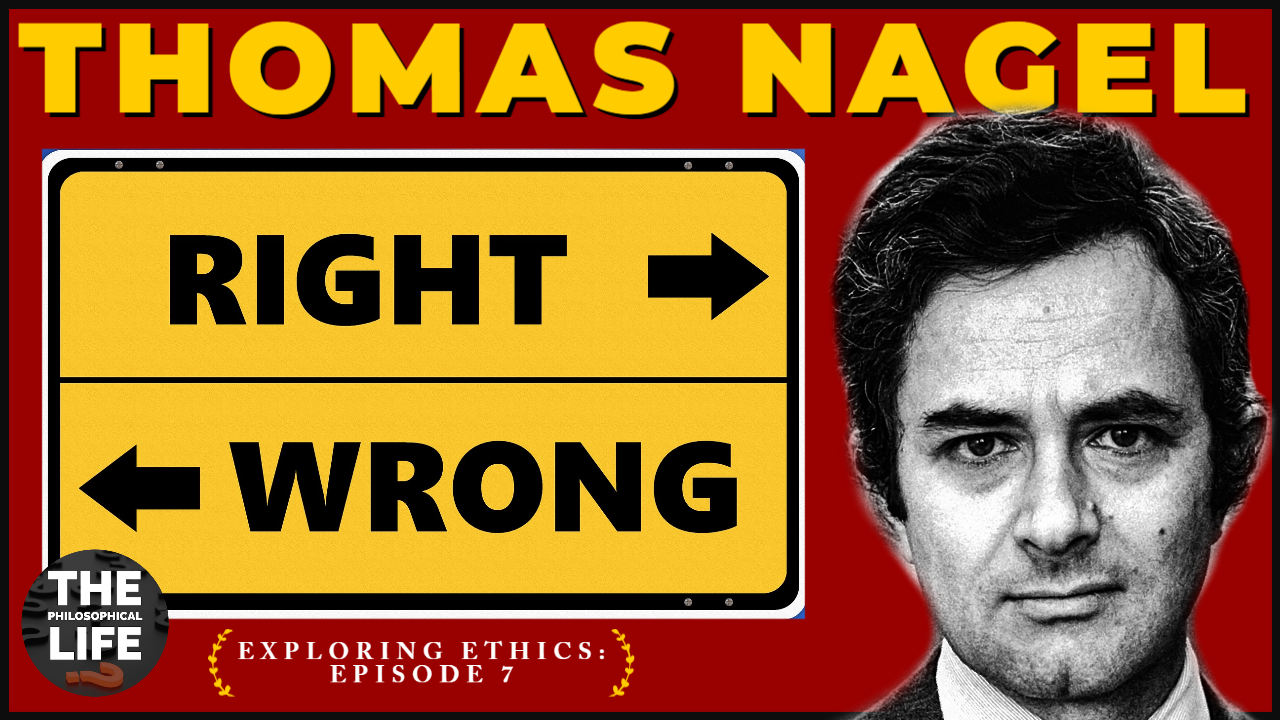 In today's post, I lay out Thomas Nagel's argument, and I raise objections to it. This is the 7th installment in the Exploring Ethics Series. It will help better understand moral skepticism so you can thoughtfully address it when it arises in everyday life.

Note: For your convenience, you can watch a video version of the post, or you can read the post by skipping over the video below.

Imagine that you catch a coworker stealing a stapler from work. You know one of those red Swingline staplers like Milton had in the movie Office Space.

You think him stealing the stapler is wrong. You call him out on it and say that he shouldn’t do it. What sort of reasons would justify your stance? And what if he’s a committed moral skeptic. What if he responds, “who cares” to all of your reasons? Is there no secure basis for your judgment that he’s doing something wrong by stealing the stapler?

Reply to Skeptic: Cite the Interests of Others

You’re trying to explain to your coworker why it’s wrong to steal the stapler. You cite the interests of others. Imagine that coworker Rachelle needs to use the stapler. She goes to use it and it’s not there.

Now Rachelle may not know the stapler got stolen. She might just think It got misplaced. So your reasoning about the wrongness of stealing it focuses on its impact on the interests of others, but your coworker isn’t moved. He replies, “I don’t care what impact it has on others. So what if they can’t quickly staple papers and need to go find another stapler. I need a stapler at home.”

What reason would he now have to not steal the stapler, assuming he doesn’t care about its impact on others interests, especially if he could get away with it?

In your mind you might draw a parallel to a question raised by Plato in his Republic. The ring makes people invisible. If people could do anything and get away with it, what reason would they have morally to restrain themselves? After all, give people the ring and they do all sorts of terrible stuff to others. “Why be moral?” is ultimately the question.

That’s what line your coworker is pressing. What reason do I have to not do what’s morally wrong? So far you haven’t given him a good reason, according to his lights.

One thing we can set aside as grounding right and wrong are rules imposed by authorities. For instance, just because it’s against work policy to steal things doesn’t necessarily make it immoral.

What Nagel Thinks Works as a Reply to the Moral Skeptic

Well, there is an argument that can be given to just about anyone. It might have been a slogan you heard from your parents while growing up. The argument is, “How would you like it if somebody did that to you?”

So you ask your coworker, “how would you like it if somebody stole your property?” But, your coworker might keep pressing you, “I wouldn’t like it, but no one is trying to steal my stuff. I’m doing it to my workplace and what would happen to me were someone to do the same is neither here nor there.

Now that response by your coworker is kind of missing the mark. The argument goes beyond just how would you like your stuff getting stolen. Your coworker is supposed to reflect on his feelings. How would you feel if someone did a similar thing to you?

If you coworker admits, I’d think less of the person or resent them for taking my stuff, and your coworker thinks the reason is general and applies to everyone, then you’ve identified a moral reason your coworker accepts. As Nagel elaborates:

Your coworker has a reason to not steal the stapler. Yet recall that your coworker is a thoroughgoing moral skeptic. He presses the skeptical line against this reason, too. As the skeptic retorts,

“if someone stole from me and I found out, I wouldn’t resent them for doing that. People have no reason to consider how I’d emotionally react when they decide whether to steal my stuff. Thus, consistency requires I ought not to consider the reactions of others in this situation. I ought to steal the stapler.”

Here Nagel throws up his hands. He basically implies that your coworker has an abnormal psychology. A screw is loose in their head because, as Nagel says,

“how many people could honestly give that answer? I think most people, unless they’re crazy, would think that their own interests and harms matter, not only to themselves, but in a way that gives other people a reason to care about them too. We all think that when we suffer it is not just bad for us but bad, period.“

If your coworker isn’t crazy he should think that his own interests count when others do things that will impact him negatively. Similarly the interest of others count in this situation. They give him a reason not to steal. Consistency requires this.

What do you think about Nagel’s grounding of right and wrong? I think it’s possible to raise issues with Nagel’s account.

First, Nagel’s use of consistency is very Kantian. It requires your coworker to not make an exception of himself for no good reason. But, there must be more to this. Why care about consistency? Why must moral reasons be categorical or universal in that they could apply to anyone, anywhere in a similar situation?

You might take issue with this Kantian thread. Nagel needs to fully embrace the Kantian line in grounding the consistency requirement on something more solid, but if he does then he’s essentially given a deontological justification for morality, which is subject to well-known problems.

Nagel also puts a lot of stock in the reactive attitudes, specifically resentment. As he says, “if you admit that you would resent it if someone else did to you what you are now doing to him, you are admitting that you think he would have a reason not to do it to you.” You could reply that Nagel has blurred the distinction between moral wrongness and moral responsibility.

As philosopher P.F. Strawson argued in his famous paper, “Freedom and Resentment,” the reactive attitudes ground moral responsibility and blameworthiness. Someone could do something that’s wrong without being responsible for it.

I might run over a cat in my truck but not be morally responsible for it because the cat ran under my car and I didn’t see it or have time to react. Were someone to learn this they’d see the situation as unfortunate. Though I did the wrong thing by killing a cat, it wasn’t my fault. I’m not blameworthy for it.

Similarly, whether I’d resent it if someone stole my stuff is a matter of whether the person would be blameworthy for stealing my stuff. What gives them a moral reason not to do the act isn’t the same thing as what makes them blameworthy for doing the act were they to do it.

What gives your coworker a reason not to steal the stapler will be ground in a moral theory, such as Kantian ethics or consequentialist ethics. Resentment comes into play once we already know I did the wrong thing. But, Nagel is trying to ground moral wrongness. And he can’t do that using a tool that already assumes we know the act is wrong.

Leave your thoughts about Nagel’s account of right and wrong in the comments. If you got something out of this post, share it with a philosophical friend.

-Christopher "Trying to Consistently Be" Cloos

If you want to learn more about ethics, download the FREE guide, "3 Secrets to The Trolley Problem."

The guide helps you avoid common mistakes in presenting The Trolley Problem. It helps you have highly productive discussions about ethics with just about anyone: https://www.thephilosophicallife.com/trolley-problem-secrets

Watch other videos in the Exploring Ethics series: